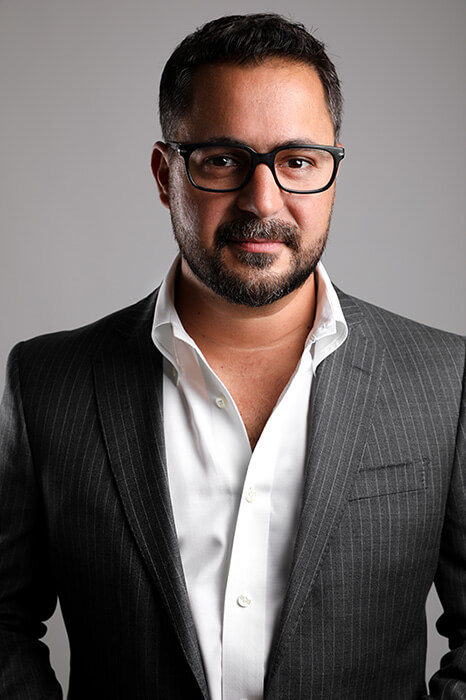 Named as a Top Music Lawyer by Billboard Magazine, Mr. Hachar specializes in entertainment law through his Florida practice, The Hachar Law Firm, P.A., and is listed as one of Marquis Who’s Who Top Lawyers in America in 2020.

Pierre Hachar, Jr., Esq. is a Florida Attorney, concentrating his practice in Entertainment. He is the founder of The Hachar Law Firm, P.A., and is the recipient of the 2012 Entertainment Lawyer of the year award by FREC . He has, and currently represents, top charting, Latin Grammy and Grammy award winning artists and entertainment professionals in the music industry, with # 1 billboard-charting artists in his roster of clients. He is formally educated in Music, attending Berklee College of Music (1999), and the University of Miami for Music Business, Marketing, and Jazz Performance (2002). He attended St. Thomas University School of Law, where he received his law degree cum-laude in December of 2009. Hachar has been in the music business since his days as a drummer touring the world with A list artists, as a prominent manager, and entrepreneur.

Hachar currently leads his firm in closing multi-million dollar contracts, and serves as business affairs to some of the industry’s top artist’s and companies.

Hachar continues to write, manage and produce select projects with his team, helping his clients succeed and garner awards in all aspects of the music industry. His musical work with artist Treo gained him a Latin Grammy nomination in 2016  as writer and producer for the album “Genera.” His roster of clients at the firm make up the current A-Listers, as well as the next generation of music makers in the Latin music industry, with deals stemming from multinational record deals, lead roles with major networks, international sponsorship and endorsements, to Hollywood! Hachar has been an invited guest speaker at several Universities to speak to law students on the legal aspects of the music industry,  in today’s music business model. Before founding his law firm, he represented under the title of Business Affairs, the estate of legendary artist and 7 time Grammy award winning Celia Cruz.